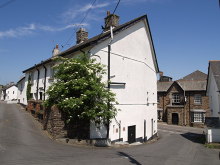 Lifton, Devon © Derek Harper
Enter your advert below to feature in
Click to check coverage & costs 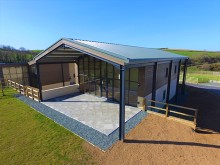 Dating around Lifton!
We have one of the UK's largest dating websites - focused on Lifton!  There are mature, all age, Asian and Christian singles just waiting to hear from you. Browse and upload your profile FREE ! 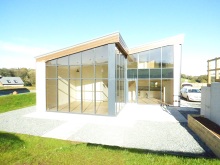 FINISHED TO A HIGH STANDARD

The place to meet. Superb meeting and conference facilities at The Bedford Hotel in the heart of Tavistock. Click for full details.

Choose from a range of individually-styled rooms at The Bedford Hotel, including indulgent Four Poster rooms with spa baths. Click to Book today! 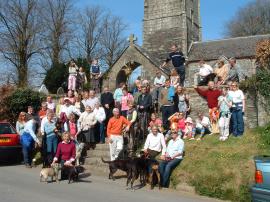 Tip! Try entering your own postcode into the Your Location box (top right) and all the local links currently set for PL16 0HR will relocate for you anywhere in the UK. This can be especially useful for when you are travelling or on holiday! Crucially, although you are on the MONEY profile at the moment, you could also use the White Profile buttons to choose another profile like Chillaton & Marystow Area or Sport or Shopping or Faith ...... The choice is yours. Whatever you choose chillaton will look both different and current everyday!

* Why borrowing foreign money can be dangerous

I’ve always thought it a good idea to know exactly how much money I owe at any time. But then I don’t work in the topsy-turvy world of high finance.

Imagine taking out a loan for €20bn, with the caveat that it might randomly balloon to €30bn or shrink to €10bn in the next year, or anything in between.

Doesn’t that sound slightly risky? And yet, that's exactly what one major US mortgage lender is doing right now...

Borrowing money always has its risks, of course - but borrowing in a foreign currency adds a whole new level of hazard. It was this risk that destroyed many firms from the Asian Tiger economies during the 1997/1998 crises.

At the time, interest rates in the US were substantially lower than those in their home countries. So companies tried to cut borrowing costs by taking out loans in US dollars.

Since the firms made most of their revenues – from which they had to repay their debts – in their domestic currencies, that was a big threat. If the dollar strengthened enough, then all the gains they made by borrowing at lower rates would be eroded. If it went higher still, they’d be losing money.

That seemed unlikely at the time; their currencies were mostly fixed against the US dollar and their economies looked in great shape. Revaluation risk wasn’t an issue.

But all these enthusiastic borrowers were clearly unfamiliar with Murphy’s Law: “if a thing can go wrong, it will go wrong”.

Sure enough, it did. The Asian currencies didn’t so much fall against the dollar as plummet, because they were pegged at rates that proved unsustainable as soon as their economies began to unravel.

The Indonesian rupiah went from around Rp2000 to the dollar, in early '97, to around Rp16000 per dollar by mid-'98. The results on local businesses and the economy were devastating.

The clear lesson from all this is that it isn’t a very smart idea to borrow in a stronger currency just because it makes your interest payments cheaper. The difference is that today, it’s the dollar that doesn’t look particularly strong.

The US is running an enormous current account deficit because it imports much more than it exports, largely thanks to those doughty US consumers dipping into their savings as they shop their way towards the American dream. Ultimately, a trade deficit of this size isn’t sustainable and will have to be reduced.

That might come about in several ways, but the most probable one is that the US dollar falls. This would make US imports more expensive and exports cheaper – so more foreigners would be encouraged to buy US-made goods while US consumers would cut back on the amount of imported goods they buy.

This would be good for the long-term health of the US economy. It wouldn’t be so good for any US firms who have debts in foreign currencies such as euros, since a weaker dollar would drive the cost of that overseas debt higher. So it’s fortunate that not many US firms issue debt in euros.

At least, not until recently. Washington Mutual (WaMu), a major US mortgage lender, has just announced plans to raise up to €20bn in the European covered bond market. Essentially, it will be borrowing money from European lenders using pools of mortgages it owns as collateral. The attraction for WaMu is lower borrowing costs in the European market than it would get on mortgage-backed debt in its home market.

Other large US mortgage banks would also like to find cheaper ways of raising money, so they’re watching this development closely. If WaMu’s fund-raising proves a success, up to ten other large banks will consider doing the same, according to the FT.

The obvious downside to this plan is the currency risk. And because these are covered bonds, the security offered to bond buyers doesn’t stop with the mortgages backing the bonds – the buyers also have a claim on the bank’s balance sheet if things go wrong.

Now, €20bn is not an enormous deal to WaMu – it had total assets of around $350bn at the end of June and net income of $767m in the second quarter, so it’s nothing like the highly-leveraged Asian firms that went under during 1997/98.

And the US dollar is extremely unlikely to slump 80%, like the rupiah during the crisis. In fact, if the world’s reserve currency capitulated like that we’d have much more to worry about than the woes of a few mortgage lenders.

But imagine that US house prices fall significantly and large numbers of US mortgagees default – as may happen if the threatened housing downturn becomes a broad economic slump. That will be painful for mortgage banks. If they also have euro-debts and the US dollar eases 30% or so against the euro, that would be a nasty extra hit.

It’s to be hoped that WaMu and the other banks know what they’re doing. But perhaps we should bear in mind not just Murphy’s law, but its corollary, Finagle’s Law: ‘Anything that can go wrong and does go wrong will always go wrong at the worst possible moment’.

Turning to the stock markets...


The FTSE 100 fell 71 points to 5,858. Online gambling group PartyGaming was the main loser, down 9% to 107p despite solid results, after Sportingbet's non-executive chairman Peter Dicks was arrested in the US. It's the second such arrest and confirms that US authorities are not just targetting BetOnSports. The main riser was directories group Yell, which surged 7% to 570.5p after the Competition Commission suggested it would allow the group to raise prices from 2008. For a more detailed report, see: London market close (http://www.moneyweek.com/file/18021/london-close-footsie-closes-in-downbeat-mood.html)

Across the Atlantic, US stocks fell further as the Federal Reserve's Janet Yellen, previously considered a dove, made some hawkish comments about inflation and the possibility of further US interest rates rises. The Dow Jones Industrial Average fell 74 points to close at 11,331, while the S&P 500 shed 6 points to 1,294. The tech-heavy Nasdaq fell 12 to 2,155.

Over in Asia, Japanese stocks shrugged off US rate fears. The Nikkei 225 rose 68 points to 16,080 on news that bank lending had climbed for the seventh month in a row.

Meanwhile, spot gold headed lower, as fears of US interest rate hikes lifted the dollar. The yellow metal was trading at around $613 an ounce this morning.

And in the UK this morning, online bookmaker Sportingbet has confirmed that chairman Peter Dicks has been arrested in the US due to "the alleged violation of Louisiana State laws relating to gambling by compueter."

And our two recommended articles for today...

Why Stephen Roach is feeling bearish again
- Back in May, well-known Morgan Stanley economist Stephen Roach said he was feeling more upbeat than for some time, as the world's most powerful countries looked set to tackle the problems posed by the imbalanced global economy. But the rapid bursting of the US housing bubble threatens to hammer the world economy long before these 'stewards of globalisation' can come to any agreement on what to do about it. To find out why Mr Roach is feeling more pessimistic once again on the short-term outlook, read: Why Stephen Roach is feeling bearish again (http://www.moneyweek.com/file/18046/why-stephen-roach-is-feeling-bearish-again.html)

Could this metal outshine platinum?
- This metal is 15 times rarer than gold - like platinum. It's of growing interest to the car industry, as an alternative to platinum. And Chinese demand for its use in jewellery is increasing rapidly. And yet, as Michael Checkan of Asset Strategies International wrote in a recent issue of MoneyWeek, it's less than a third of the price of platinum. To find out what it is, and how best to invest in it, see: Could this metal outshine platinum? (http://www.moneyweek.com/file/14800/the-mystery-metal-that-could-outshine-platinum.html)

MONEY MORNING is the free daily email service brought to you by MoneyWeek. For a 3-week FREE trial of the MoneyWeek magazine & website, click here now:

Sign up for a 3-week FREE trial of MoneyWeek

Know someone who'd like to receive the Money Morning email themselves? Simply forward the following link to anyone you think could benefit from our daily service:

Where do you truly belong

Prayer : Prepare
Begin at the beginning. Start in order to continue. Seek to find. Pray.

The first two verses of this passage declare Jesus' divine inheritance. Those present would have been privileged to experience the three Persons of the Trinity working together in one mysterious but real historical event.

The next section, concerned with Jesus' human nature, has baffled many Christians. Some doubt the importance of this family tree in any case; others, recognising the relevance of King David's line and so forth, still wonder why Joseph's lineage is listed like this. After all, Jesus was only 'thought' to be his son (v 23).

Various theories have been advanced. For example, it is suggested that Jesus' legal status as a Jew would have mattered to Luke's first readers.

Perhaps, but one aspect which should thrill us is the truth that Jesus the son of God was willing to become a man for us. His cultural and historical connection with all the characters is fascinating. More essentially, we remember that he was a real human being, a member of the same race as you and me.

Working forwards rather than backwards, any of us might well be related biologically to these figures from the Old Testament. In eternal terms, human history is short. Indeed, the generations between Jesus and us are fewer than those between Abraham and Jesus!

Most important, the astonishing truth is that God, in coming to earth in human form, has declared his kinship with us today.

This Microportal is built on the 2day Microportals platform which provides you with 3 click access to local and global information crucial both to your personal and working life. The platform provides live local data on transport, what's on, accommodation, eating out, shopping, sport, religion and weather as well as comprehensive reference and resource sections including TV, radio, online shopping, route planning, health, education and more.